EVENT DETAILS: On June 5, Indianapolis-based Thomas Caterers of Distinction catered its first full-service event post-COVID-19: a wedding reception for Jackie and Sean Linehan at Black Iris Estate, a Thomas Caterers venue in Carmel, Ind. While the state-mandated gathering limit was 100—the original guest count planned by the bride and groom—66 guests attended, as many declined due to the coronavirus.

Thomas Caterers distributes a “Back on Track” plan to its clients, detailing the extensive precautions it is taking during each stage of Indiana’s reopening. For example, guests complete a health survey upon arrival and have their temperatures checked (there’s a staff check-in protocol as well); dinner tables are placed a minimum of 10 feet apart, with a maximum of six guests (until stage four); hand sanitizer stations are scattered throughout the venue; and dancing is prohibited.

That last protocol greatly disappointed the groom. As the couple didn’t want their wedding to end right after dessert, Kelly Early, owner of Thomas Caterers, came up with a compromise—the party could stay at the venue for the entire rental time (until 11 pm), with a DJ, who assured Early he wouldn’t play “dancing music.” A vendor attended the photo booth, to reduce contact, and no props were used.

HIGHLIGHTS: Under the watch of two certified food managers, with a ServSafe-certified service staff, hors d’oeuvres—such as fontina risotto balls served with a tangy roasted red pepper marinara, meatloaf and mashed potato popcakes with mini glazed carrots, and spinach and artichoke savory cream puffs—were served on custom-built passing trays with sneeze guards, each item on its own vessel to prevent hands touching other food.

At grab-and-go wine stations set up eight feet from guests, a gloved and masked attendant served pre-poured glasses protected by Stancap covers. Bartenders prepared drinks on a table behind the bar, placing each drink—served in plasticware—on the bar for the guest to pick up. Glassware, flatware and china were sanitized and wrapped in plastic before use, with individual creamers, prewrapped French butters, and salt-and-pepper shakers at each place setting.

And then there was the cake, displayed on Thomas Caterers’ hanging table. “We decided that since we had to postpone the wedding due to the pandemic, and then there was a mass shortage of toilet paper, we had to have fun with the cake,” says Sean. At the couple’s request, Taylor’s Bakery in Indianapolis made the top layer look like a toilet paper roll. The cake was photographed immediately after arriving, then wrapped in plastic until just before the doors opened (a server ensured guests didn’t approach the cake, which was whisked away immediately after the ceremonial cut).

THE BEST-LAID PLANS: While the lavender sprig garnish planned for the lavender rose martini specialty cocktail didn’t show up, the purple orchids substituted at the last minute “were so much more visual than the lavender ever would have been,” says Early, due to the protective Stancaps covering the glasses. “Moving forward, we are planning on big garnishes that can be sunk in the glasses and viewed from the side.” 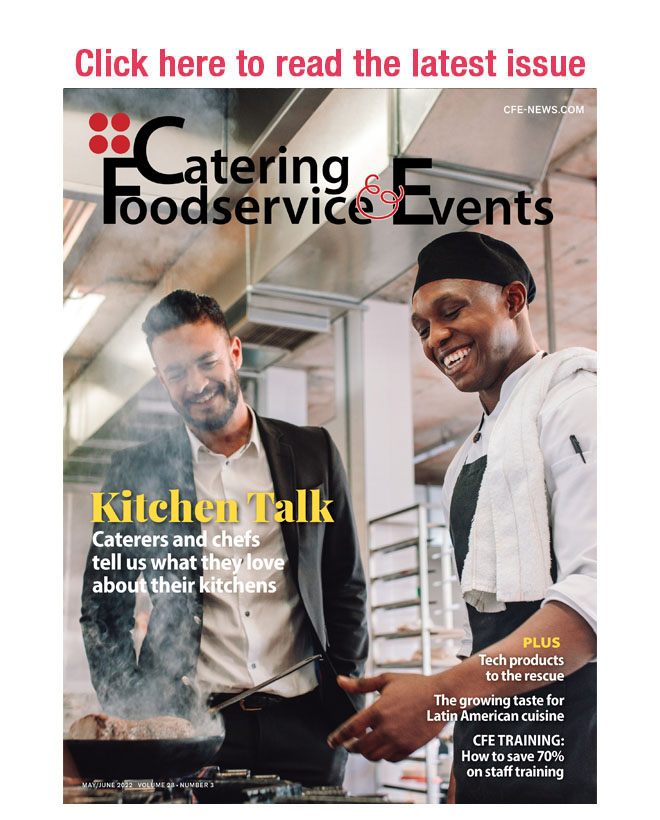 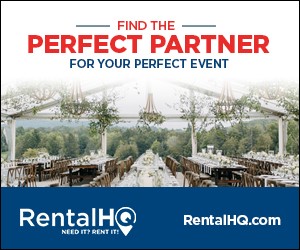 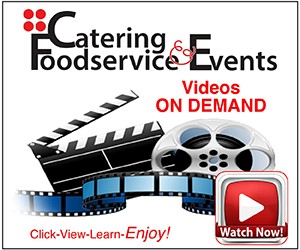 The recent Plant Based World Expo in New … END_OF_DOCUMENT_TOKEN_TO_BE_REPLACED